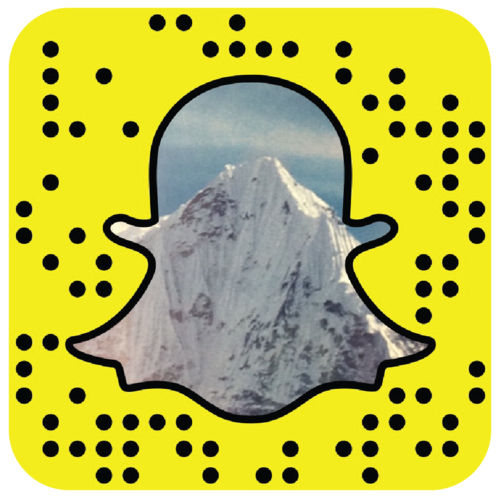 As a long time follower of mountain climbing in general and expeditions to Mt. Everest in specific I was intrigued by the idea of being able to follow a current expedition on the mountain underway right now as I write this post via the magic of social media. And not just any old fashioned social medial like Facebook, Instagram or tumblr, but rather through the latest social medial phenom, Snapchat!

Three experienced climbers with legit bona fides, Adrian Ballinger, Cory Richards (climber and expedition photographer) and Pasang Rinji Sherpa, are documenting their climb of the  world’s tallest and most famous high peak. #Everestnofilter is a response to years of guided expeditions primarily for the wealthy and adventurous where the climbs are super supported by dozens of Sherpas and the climbers are assisted in their own climbing  with assistance up and down the mountain and with supplemental oxygen. This expedition in contrast will have some Sherpa support but the climbers are not part of a larger guided expedition. And in distinction to most paying clients who get to the top of the 14 mountains over 8,000 meters including Everest, these climbers plan to join the ranks of the word’s most accomplished climbers and will not carry extra oxygen in tanks but will breathe on their own. This decision makes the climb into the super low oxygenated air much more difficult and dangerous.

Besides the pared down nature of their approach to the mountain and the frequent posts to social media, #everestnofilter is also heralding other nouveau ethics on the mountain, fueling themselves at least in part by eating Soylent a complete nutrient vegan soybean and algae based food available as a drink or powder. The expedition, sponsored in part by Soylent, Strava, Eddie Bauer and dZi is also aiming to raise money and awareness for the Nepali people and Sherpa communities. 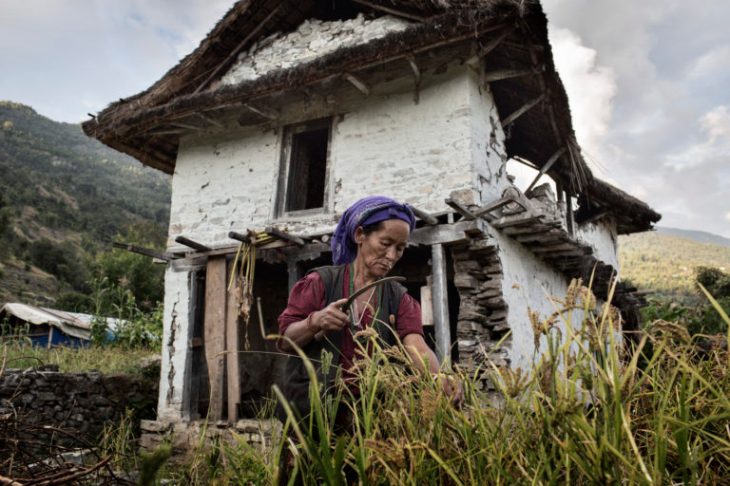 Everest has seen much tragedy in recent years with the loss of life during last year’s 2015 earthquake that leveled so much of Nepal and previous years where climbers and Sherpas have died in avalanches, storms and from climbing accidents.

Now using the latest satellite technology, Ballinger and Richards have already started sending live movie updates from base camp which they are streaming on their Snapchat feed, #everestnofilter. Their name, ‘no filter’ is apt. So much of what we see of any mountain climbing expedition is the glory of the summit fist pump and flag waving, except when people die, at which point we see see the distraught faces of grieving climbers who survived. But in this real time documentary, we truly see the experience with no filter. 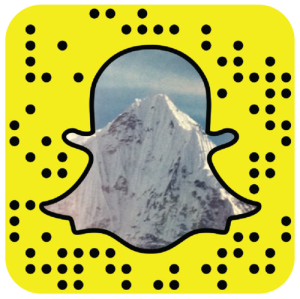 In fact, yesterday’s short film took us into the climbers’ tents to see first hand the cramped quarters, super insulated cold weather gear clothes, boots and crampons lying about and a 2 liter bottle filled with urine ready to be emptied after serving its duty the night before. (“pee bottles” are de rigueur on these expeditions, saving the climbers from having to exit their tents  into the frigid cold during the night).

To follow this expedition, which I recommend if you have even a passing interest in what the world of high altitude mountain climbing really looks like up close and personal, download Snapchat onto your phone and than search for #everestnofilter or take a picture of the expedition’s snapcode to follow this climb.